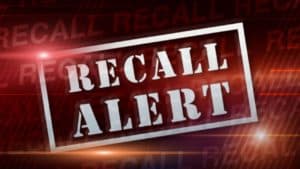 You know that car that just hit you, there’s actually a one-in-five chance that the owner of that vehicle hasn’t gotten around to fixing a safety recall on it, according to recent industry studies.1 In 2014 alone, U.S. automotive manufactures recalled approximately 62 million vehicles.2

Currently, used-car history service provider Carfax and the National Traffic and Safety Administration have put the number of unfixed recalled cars at somewhere between 47-and-51 million. Incidentally, there are now a minimum of 100,000 vehicles in each state with open recalls on them. It’s actually risky and hazardous to drive a vehicle with a defective part or device.

Most Likely to Have a Recall

Those driving a minivan or an SUV, and those living in Alaska, Mississippi, Texas, Utah, and West Virginia are most likely to have recalls that are not fixed. One-in-four minivans, one of the most popular family vehicles on the roads, are the most highly affected vehicles.

The following is a list of some of largest auto recalls trending:4

Do Your Part to Avoid Damaged or Defective Vehicles

Consumers are not always aware that their vehicle may be under recall notification. Here’s a really quick and easy way to find out. Just go to the NHTSA’s recall look-up by Vehicle Identification Number (VIN) form. You can locate your car’s VIN number either on the inside door jam of the driver-side door, on the tab at the lower side of your windshield on the driver’s side, or on your vehicle registration paperwork.

If you have been hurt in a car accident, contact a Pasadena car accident lawyer at the Law Offices of Pius Joseph – Personal Injury Attorney by calling (626) 397-1050 or by emailing us via the contact form on this page.