How Is Fault Determined in California Car Accidents?

If you’ve been injured in a collision, determining fault is a key factor in order to receive compensation. At the Law Offices of Pius Joseph, we know the laws surrounding fault in California can be confusing. Read more to learn about how accident victims can recover fair compensation after a crash in The Golden State.

What Role Does Fault Play in a Car Accident Lawsuit?

The question of fault is central to an insurance claim or personal injury lawsuit after a car accident. Because California is an at-fault state, an individual injured in a car accident can pursue compensation for their injuries if they can prove someone else’s recklessness, or negligence, caused the crash and their injuries. Therefore, whoever is found to be at fault for the accident will be responsible for compensating the injured party. Usually, this is the at-fault driver’s insurance company.

Who Determines Fault in a Car Accident?

Law enforcement officers in California must investigate a car accident if there’s a serious injury or fatality. If someone broke the law, they may face criminal charges.

However, the police do not determine fault when you’re trying to claim compensation for your injuries. That’s done either by the insurance companies for the various drivers or, if a lawsuit is filed, by the civil court system. Police reports and other criminal proceedings can be used as evidence in a civil trial, but they are not the only factor that a judge or jury will use to make their final determination.

Common Types of Evidence Indicating Fault for an Accident

Some common pieces of evidence used to determine fault after a car accident include:

What Is Comparative Negligence?

Comparative negligence is the name for California’s legal doctrine used to determine fault in personal injury cases, including car accident claims. The law says that if there are multiple parties involved in an accident, each one will be responsible for paying compensation according to their assigned percentage of fault.

Understanding comparative negligence is important because your ability to recover compensation depends on how much fault is placed on your shoulders. Your assigned percentage can also reduce the amount of your total award.

Because there’s so much money on the line, you can count on the insurance companies from the other at-fault parties to push hard to place the bulk of the blame on you. An experienced car accident lawyer can fight so that you are not assigned an unfair portion of fault and under-compensated for your injuries. 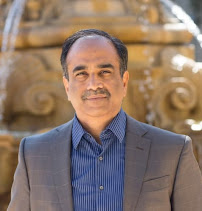 At the Law Offices of Pius Joseph, we have more than 30 years of experience helping injured people get maximum compensation for their financial and personal losses after an accident. Let us fight for the compensation you need to rebuild your life. Call or contact us today for a free initial consultation with a proven Pasadena car accident lawyer.