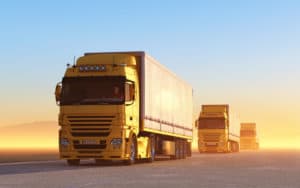 A lot of factors are stacking up to make the future of driving and being a motorist passenger safer – everything from the emergence of self-driving cars, no-tolerance DUI laws, and accident avoidance systems – but now you’ll have truck and bus drivers who carry a commercial driver’s license to thank as well.

That’s because the U.S. Department of Transportation (DOT) through its Federal Motor Carrier Safety Administration (FMCSA) set forth new national prerequisite training standards for those looking to get their CDLs to become bus drivers and commercial trucker drivers. The new training standards are part of a Congressional mandate handed down under the Moving Ahead for Progress in the 21st Century Act.

“Well-trained drivers are safer drivers, which leads to greater safety for our families and friends on our highways and roads,” said U.S. Transportation Secretary Anthony Foxx in a March 4, 2016 DOT press release. “With the help of our partners, today’s proposal serves as a major step towards ensuring that commercial vehicle drivers receive the necessary training required to safely operate a large truck or motorcoach.”

Class B – Trucker drivers seeking a CDL license to operate a school bus, city transportation bus, motorcoach, box truck, or dump truck will now be required to receive 15 hour of behind-the-wheel training. In addition, they’ll have to obtain a minimum of seven hours of practice range training.

Some of the liability issues that can confront common carriers – whether school bus or public transportations services – include things like:

Commercial carriers have a lot of areas of concern when it comes to liability. For instance, there’s a ton of requirements and regulations involving dock-to-dock transportation, or moving goods across the border between countries.

For the purposes of personal injury and truck accidents, some of the main concerns for commercial carriers include negligence in the areas of inspections (or the lack thereof), maintenance, and repair of damaged parts, devices, or trailers.

If you been involved in a truck or bus accident and suffered any kind of injury, contact a Pasadena personal injury lawyer at the Law Offices of Pius Joseph – Personal Injury Attorney by calling (626) 397-1050 or by emailing us via the contact form on this page.