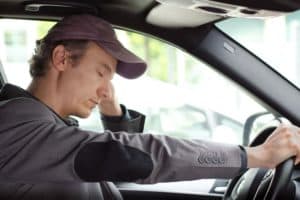 Californians better stop dreaming when they are driving, and take notice and plan ahead for the upcoming Daylight Savings time change taking effect March 13. Losing an hour of sleep for some people can actually end up being a fatal thing, especially when they have to get behind the wheel and drive drowsy.

The California Highway Patrol (CHP) and the National Sleep Foundation are joining forces to observe National Sleep Awareness Week – March 6 through 12 – to focus on making drivers aware of the dangers of driving drowsy.1

“Many people have a hard time adjusting to the time change, and it can affect their driving,” CHP Commissioner Joe Farrow said. “Even the most careful drivers become confused and use poor judgment when they are sleepy.”

California Dreaming Can Be Deadly on the Roads

Last year alone, California officials reported 5,447 collisions of which 40 traffic-related fatalities occurred due to sleepy or drowsy drivers. Across the nation, law enforcement agencies report an estimated 100,000 car accidents occur every year as a result of fatigue – leading to approximately 71,000 injuries, 1,500 fatalities, at a cost of $12 billion.

Forty percent of Americans surveyed say they have nodded off at the wheel before, According to the American Automobile Association and the National Sleep Foundation in a March 5, 2015 Sacramento CBS news article.2

Which Drivers are Most at Risk?

It might surprise you to learn that younger people are more prone to falling asleep at the wheel than older people. The National Sleep Foundation 2002 poll found the following:

Tips for Staying Away Until You Get Home

Here’s a few recommendations from CHP when you’re driving and you feel the heavy tug of slumber coming on:

Obviously, the worst thing that can happen as a result of a car accident involving a fatigued or drowsy driver is someone could potentially die as a result. That would unfortunately open the door to a wrongful death lawsuit. If someone were injured as a result, there is also the case for negligence as well. If the accident involved a reckless driver, or someone who drives commercially, a claimant could file for punitive damages on top of compensations for other damages.

If you have been hurt in a car accident, contact a Pasadena car accident attorney at the Law Offices of Pius Joseph – Personal Injury Attorney by calling (626) 397-1050 or by emailing us via the contact form on this page.