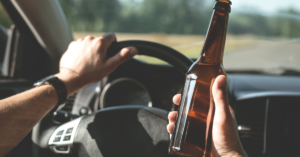 Driving under the influence of alcohol is irresponsible behavior that contributes to thousands of accidents throughout California every year. In addition, many drunk driving accidents are caused by repeat offenders who continue to behave recklessly despite known risks.

If you were injured in a California drunk driving accident, you have the right to demand compensation for your losses. The dedicated attorneys of the Law Offices of Pius Joseph – Personal Injury Attorney can help. Contact us today to learn more in a free initial case review.

How Prevalent Is Drinking and Driving in California?

Despite numerous laws and safety campaigns targeting driving under the influence, DUIs are still one of the most common criminal traffic offenses in California. According to the Annual Report of the California DUI Management Information System:

Drunk driving has serious consequences that can follow victims and their families for the rest of their lives. Drunk driving statistics from Responsibility.org and the California Department of Motor Vehicles (DMV) shed light on the devastation caused by DUI accidents in California:

Drinking and driving is also a persistent issue across the United States. According to the Centers for Disease Control (CDC) and the National Highway Traffic Safety Administration (NHTSA):

What to Do If You Were Injured by a Drunk Driver

If you were injured in a California drunk driving accident, you might be feeling uncertain and overwhelmed. However, it’s important to maintain focus and do everything you can to protect yourself. You can safeguard your physical health, your legal rights, and your ability to recover financially by:

If you were hit by a drunk driver in California, you shouldn’t be on the hook for the damages you suffered. Contact the Law Offices of Pius Joseph – Personal Injury Attorney in California to learn more about your right to financial recovery in a free, confidential case review. We do not charge any fees upfront to work on your claim. You only pay us if we recover payment for you.